What are the house price forecasts for the next five years, given the ongoing cost of living issue and the rising increase in housing prices since the pandemic? The typical UK home cost £295,000 in September 2022, which is a £26,000 increase from September 2021. But are house prices going to continue to grow for individuals trying to buy a home given that inflation rates have risen to a 41-year high and the Bank of England has raised interest rates as a result? Read on to know what experts including estate agents in Notting Hill have to say about

House price forecasts for the following five years or less have been provided by a number of economic and real estate professionals.

The primary cause of the anticipated slowdown in the housing market in 2023 and 2024 is rising interest rates. How swiftly the Bank of England will proceed with raising the base rate, which was raised to 3% in November, is a subject of debate among academics. According to experts, the base rate will increase to 4% in early 2023 and stay there until mid-2024, after which it will begin to decline. According to Capital Economics, the base rate will increase to 5% the next year before falling to 3.25% in 2024.

However, it is generally acknowledged that for the next two years, mortgage rates will typically hover around 5%. House prices will decrease since fewer purchasers can afford to buy a home when interest rates rise. If you are planning to buy a home in Notting Hill, you can do a property valuation in Notting Hill through experts to know the exact price for your property. When home prices are down, sellers are also hesitant to sell, which will further slow down the housing market.

According to economic analysts Capital Economics, housing prices will be 8.5% lower in Q4 2023 than they were in Q4 2022. Although the opinions of the experts on the rate at which home values would decline vary, they all predict that by the end of 2024 home prices will have decreased by about 10%, wiping out almost half of the gains achieved by homeowners since the pandemic began.

It’s anticipated that the decrease in home prices won’t last long. The housing market will be shielded from the possibility of a deeper decline like the one we experienced during the financial crisis by a number of factors. Borrowers had their finances put under a lot of stress by their mortgage lender up until August of this year when the rules changed, protecting them from getting into too much debt. This could reduce the number of foreclosed properties that enter the market in the coming year, along with reasonably low unemployment projections and indications that lenders are willing to work with current borrowers to help them manage their household budgets.

If mortgage lenders lower their rates during the next 12 months and the base rate lowers starting in mid-2024 as inflation reduces, it is anticipated that house prices will rise by 1% in 2024 and by a greater 7% in 2026.

What is going to happen to home prices in the near future?

After the September mini budget, there was a decline in the market for home purchases, but more than 290,000 deals are still moving through, according to Zoopla. Any immediate impact on home prices will be minimised as a result. In October, home prices nationwide fell by 0.9% on a monthly basis, but this little dip won’t be enough to cause home prices to fall this year on an annual basis.

How to protect yourself against declines in home prices

To safeguard oneself from drops in home prices, you can take a number of steps.

Make a greater down payment. You might want to increase the size of your deposit so you have a smaller mortgage if you have extra cash and are concerned about falling into negative equity, which occurs when your mortgage is worth more than your home.

Negotiate a lower price. You have a higher chance of negotiating the asking price down by the amount that property prices are expected to decline over the next two years if there are fewer purchasers in the market.

Plan your five-year strategy. If a person has to purchase a home now but plans to do so in the medium to long term, they shouldn’t get too concerned if house prices decline next year. If you intend to live in your new house for a medium to lengthy period of time, your property’s worth will slowly start to increase once more. 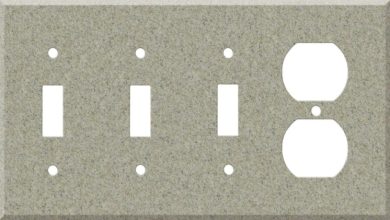 What is Guest Blogging and How Does it Benefit Your Business?

Is Sparkling Water Good For You? 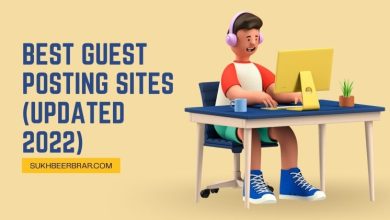 The Top Guest Posting Sites in 2022